As is, the infrastructure proposal includes provisions that would require broadband providers to clearly disclose their monthly internet pricing, in line with provisions that top congressional Democrats including House Majority Whip Jim Clyburn and Sen. Amy Klobuchar (D-Minn.) sought in similar legislation. Key context: This is one among multiple thornier […]

As is, the infrastructure proposal includes provisions that would require broadband providers to clearly disclose their monthly internet pricing, in line with provisions that top congressional Democrats including House Majority Whip Jim Clyburn and Sen. Amy Klobuchar (D-Minn.) sought in similar legislation.

Key context: This is one among multiple thornier issues that Biden is embracing in the infrastructure plans he is set to announce during remarks in Pittsburgh later on Wednesday, which may make bipartisanship on Capitol Hill tougher to achieve absent extensive negotiation.

Broadband providers have typically resisted government intrusion over what they charge their customers. And during fights over net neutrality, one of the fears the telecom industry and Republicans regularly invoke is that Democrats will attempt to regulate broadband internet rates, which many Democrats have long said they had no interest in doing.

But digital connectivity advocates have repeatedly pointed to high U.S. prices and lament that there’s not enough competition or incentive for bringing down the prices. December’s bipartisan pandemic relief law slated $3.2 billion to create an Emergency Broadband Benefit subsidy fund at the FCC, which will likely launch next month and help struggling consumers with $50 a month for their internet bills. Many Democrats say longer-term aid is needed.

Other fights likely incoming: Although the Biden fact sheet doesn’t say how he’ll tackle high monthly costs of internet service, his connectivity agenda includes provisions Republicans are likely to oppose, such as explicit support for having local governments run their own broadband networks.

Under Biden’s plan, the $100 billion — set to go to unserved and underserved parts of the country — is set to prioritize support for broadband networks owned, operated or connected with these local governments, nonprofits and cooperatives, according to the fact sheet, and includes language aimed at “lifting barriers that prevent” such providers from “competing on an even playing field with private providers.”

Congressional Republicans floated legislation earlier this year that would curb the operation of such municipal broadband networks. But these entities, according to the White House, have “less pressure to turn profits and with a commitment to serving entire communities.”

Despite this aggressive posture, Biden has historically had close ties to a mix of telecom executives. Longtime Comcast executive David Cohen helped prominently fundraise for Biden on the campaign trail, and one of his former staffers is now a top lobbyist at T-Mobile.

What’s next: Republicans will likely seek to change some of these provisions as part of any congressional negotiations, but it’s not clear how much Democrats will want to compromise. Some top Democratic leaders say they would support moving infrastructure legislation under the budget reconciliation process, a tool that would allow the party to advance the package without Republicans as long as Democratic support stays firm.

5 Web Development Trends to Be Aware of in 2021

Thu Apr 1 , 2021
Unsplash The digital market is an extremely competitive space and it is only necessary that a business evolves to maintain a position among competitors. It is equally important for a business owner, especially small business owners, to foresee changes in the digital space before they fully come into the market […] 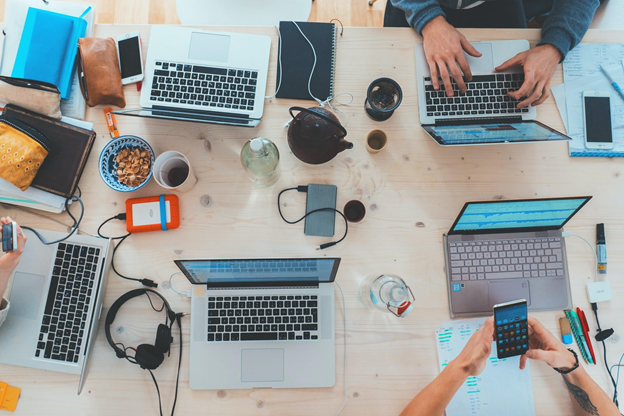