If approved by the Legislature, Scott’s proposal would direct $225 million to a broadband plan his administration says would provide high-speed internet to 53,000 Vermont addresses with poor service or none at all.

The plan would direct $249 million towards affordable housing, bringing 5,000 new units to market. Vermont’s housing commissioner, Josh Hanford, said the proposal offered the “greatest investment in housing in the history of Vermont.”

It would also dedicate $143 million to economic development initiatives, including another round of relief for businesses strained by the pandemic.

“This is what we’ve called a once-in-a-lifetime opportunity to strengthen our economy and our communities by making significant investments with these one-time dollars,” Susanne Young, secretary of Vermont’s Agency of Administration, told reporters on Tuesday.

Vermont is due to receive a $2.7 billion windfall of federal funding from the American Rescue Plan Act, which President Joe Biden signed into law last month. State officials have wide latitude to spend about $1.3 billion of these funds on Covid-19 recovery efforts, including economic development and infrastructure projects.

The Scott administration is hoping the Legislature will sign off on Scott’s $1 billion plan this year, though the money would be doled out over the course of the next four years.

The Vermont House has already voted to allocate $650 million of those federal funds as part of next year’s state budget. The measure is now in the Senate and is likely to be further amended.

Young said Tuesday that administration officials are “optimistic” they will be able to work with lawmakers “on many goals that we know we share and where we have common ground.”

If the governor’s plan were approved and administered properly, it would provide internet service to nearly all the households in the state that currently lack it, officials said. They estimate that about 60,000 Vermont residences have no internet connection or limited service. The administration says the proposal would connect nearly 53,000 homes.

The housing portion of Scott’s proposal would dedicate $90 million to create 600 rental units for homeless residents. The state has been housing Vermonters experiencing homelessness in motels since the beginning of the pandemic.

Hanford said the plan would “rapidly develop new, permanent multifamily housing, helping exit families from motels within the next 12 to 18 months.”

An additional $90 million would go towards “fully fund the existing pipeline of affordable housing projects” in Vermont, bringing another 2,434 units online.

The plan would also use $42 million to create a new program for moderate-income homebuyers. The funds would be used to build 1,100 new housing units and offer purchase incentives for residents.

Hanford said that as more homebuyers have been attracted to Vermont during the pandemic, housing has become less affordable for many middle-income families.

“The costs of homeownership have just skyrocketed, and it’s leaving many working Vermonters behind,” Hanford said. “If we don’t invest in a new private homebuilder program focused on creating missing-middle housing, we could be decades behind in having the housing Vermont needs.”

The governor’s $143 million economic development proposal would reserve $50 million in grants for businesses that have faced losses during the pandemic. An additional $90 million would be used to help businesses make “capital investments” in Vermont.

The funds could be used to help businesses purchase or renovate “an existing unoccupied industrial or commercial building” or buy machinery and equipment that “enhance” its productivity.

Some of these dollars would also be made available for “major outdoor recreation projects” and “regional priority projects” identified by the state’s regional development corporations and planning commissions.

It would also set aside $100 million for the state to fund its forthcoming climate action plan.

That plan is expected to be adopted by Vermont’s newly formed climate council by the end of the year and will be focused on efforts to cut the state’s carbon emissions.

But she noted that the plan didn’t appear to dedicate any funds for workforce development.

“Those are two really important priorities for the House and I need to get more details from the governor and his staff on what he’s thinking about why he wouldn’t include workforce development or stabilizing and supporting our public higher education system,” Krowinski said.

“There are no real human investments in this plan that he’s put forward: no workforce development, no upskilling, no investments directed at Vermont State Colleges for that kind of thing,” Balint said.

She said that senators see the plan “as a starting place for this conversation and negotiation” about the federal dollars.

But Balint noted that moving the plan through in a separate piece of legislation would be a “significant amount of work that needs to happen” before the Legislature’s scheduled adjournment in mid-May.

Missing out on the latest scoop? Sign up here to get a weekly email with all of VTDigger’s reporting on politics. And in case you can’t get enough of the Statehouse, sign up for Final Reading for a rundown on the day’s news in the Legislature. 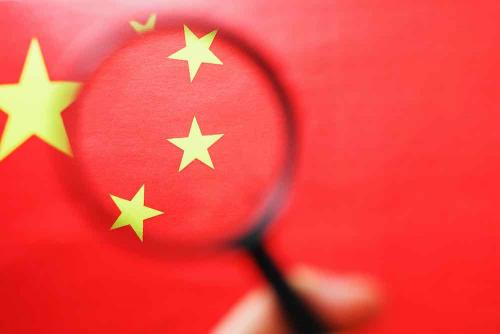