President Joe Biden unveiled a $2 trillion infrastructure plan recently that would aim to fix roads and bridges, update railways, invest in electric vehicles and set aside money for subsidized housing. It will also do a lot more: Allocating money for home-based care, school construction and expanding high-speed broadband. Some […]

President Joe Biden unveiled a $2 trillion infrastructure plan recently that would aim to fix roads and bridges, update railways, invest in electric vehicles and set aside money for subsidized housing.

It will also do a lot more: Allocating money for home-based care, school construction and expanding high-speed broadband.

Some members of Congress have already criticized it for including too much that might not be considered part of infrastructure. But the president has framed the plan as a “once-in-a-generation investment.”

Q: Is President Biden on the right track with his infrastructure plan?

NO: I am all in for infrastructure but am opposed to adding in free community college, universal pre-K, national paid leave, health insurance subsidies, and anti-growth green and labor union regulations, all under the guise of infrastructure. What we need are roads and bridges modernized, improved broadband, 5G and cybersecurity. The COVID-19 Relief Plan ended up being a “stimulus” bill. This may as well be the “Green New Deal.” Taxes will never pay for this!

YES: The broad spending bill addresses not only neglected infrastructure (we spent $1 trillion less just the last decade vs. the previous) but invests in public schools, alternative energy, broadband Internet, etc. The bill is a vehicle to pass first steps toward many of the Democrats’ priorities. To fund the ambitious plan, Biden proposes increasing corporate taxes and tangible means to close loopholes. To be most effective, Treasury Secretary Janet
Yellen’s proposal for a global minimum corporate tax to reduce large-scale tax avoidance is needed.

NO: While improving decaying infrastructure is necessary, this is too ambitious an undertaking after two large COVID stimulus bills. While the infrastructure work will employ more people, the increase in corporate taxes may cause job losses in companies. I’m a flat tax proponent, so those who make more pay more, but everyone pays something. But the president and government at all levels are raising taxes on higher earners. At some point, they can’t all keep going to the same well.

YES: My “yes” is very qualified in that we definitely need to repair bridges, roads and true public goods. But I doubt we have sufficient domestic labor to roll this out quickly, and we could end up competing with the private market. I also don’t believe the government should be providing charging stations for cars any more than they should be building gas stations. This is an example of overreach into the private market and it is a bad trend when we should be doing the opposite.

NO: There’s no doubt that U.S. infrastructure needs repair and/or modernization. But at what cost to American taxpayers and businesses? We have spent an estimated $4 trillion to date in relief packages due to the pandemic. The national debt is at $28 trillion and growing. Now the president wants to spend $2 trillion on his infrastructure plan. The plan calls for raising the corporate tax rate from 21 to 28 percent and increasing the global minimum corporate tax. U.S. businesses (including small businesses) and the middle class will likely be affected. This could slow economic recovery while making the U.S. less competitive globally.

YES: In its most recent Report Card for America’s Infrastructure, the American Society of Civil Engineers gives the nation a grade of C minus. The Biden plan includes needed investments in the country’s physical infrastructure for transportation, electric vehicles, public mass-transit, high-speed broadband, and water along with expenditures on school construction and R&D. Spending over eight years on these components of the plan will boost U.S. productivity and long-term economic growth.

Not participating this week.

YES: Biden’s plan is ripe to address the infrastructure and post-pandemic economic recovery. Equity measures like expanding broadband Internet access and boosting research and development by historically Black colleges and universities add value. Challenging is Biden’s funding proposal—increasing the corporate tax rate to 28 percent from 21 percent. The Business Roundtable, U.S. Chamber and Association of Manufacturers fear the hike could have a reverse effect. America’s antiquated infrastructure needs addressing, but without stifling business and manufacturing progress.

N/A: Focus on the nation’s neglected basic infrastructure and R&D is long overdue. A national charging station network could induce greater electrical vehicle acceptance. Expanded high-speed broadband could eliminate digital divides. The $2.3 trillion plan, however, is too large, broad, and complex. It extends into many areas beyond infrastructure and risks the bureaucracy, cost overruns, and delays plaguing many government programs (e.g., California’s high-speed rail). A smaller, more targeted bill would be more fiscally appropriate.

NO: The “climate and Democrat spending plan” would cripple recovery and substantially harm U.S. ability to compete internationally. The dramatic increases in corporate income taxes are detrimental to investment and entrepreneurship, which will slow wage growth and reduce jobs. Other nations are actively decreasing tax rates in an effort to stimulate their economies after COVID-19 and improve their competitive advantages. Raising the U.S.’s relatively high corporate tax rates will hinder productivity and drive new business away.

YES: Clearly, our nation needs a giant infrastructure overhaul, and it should be coupled with green/climate initiatives. The key is how to pay for it. Republicans don’t want to increase corporate taxes, preferring a smaller, purer infrastructure plan. I recommend that lawmakers start with creating safeguards against bureaucratic excesses, crony capitalism and the like. Revisit the entitlement programs and vestigial defense budget expenditures. Then let’s see about tax increases.

YES: For this initiative, he has also laid out the means to pay for it. That was not the case for the recent stimulus package that I think was too much, too fast, to too many. And there is no discussion about how to ever pay it back. Infrastructure will be used for many years by current and future Americans, who should assist in the payments. Seems the two initiatives are backward.

YES: Merriam-Webster defines infrastructure as “the system of public works of a country” and also “the resources (such as personnel, buildings, or equipment) required for an activity.” It should include all transportation (roads, bridges, airports, ports, rail) and utilities like the electric grid and water systems. Changing technology means that things such as high-speed Internet and electric charging stations are important too. Finally, there is human infrastructure such as health, education, and housing. All this is needed to be globally competitive and to improve people’s lives.

Have an idea for an EconoMeter question? Email me at [email protected]

Google Search Reviews SEO Ranking Tips Revealed: What It Takes to Win This 2021

Sat Apr 10 , 2021
Google Search Reviews SEO Ranking Tips Revealed: What It Takes to Win This 2021  ( Screenshot From Pexels Official Website ) Ranking on Google has been something that marketers, bloggers, and content creators have been struggling to do this 2021. While ranking back in the early 2010s used to be […] 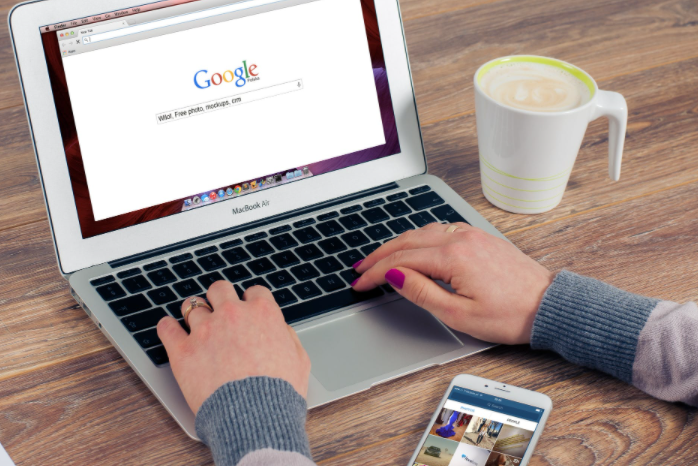