President Joe Biden is proposing to pay for his sweeping $1.8 trillion American Families Plan by raising taxes on wealthy investors. Specifically, the plan calls for higher taxes on capital gains for those earning $1 million or more per year. The top tax rate on long-term capital gains — that is, returns on the sale of stocks or other investments — would increase to 39.6% from 20%.

In addition to helping pay for Biden’s ambitious plan to ramp up spending on education and child care, the White House sees the tax hike as a way to end what it deems one of the most unfair dynamics of the current tax system, “that the tax rate the wealthy pay on capital gains and dividends is less than the tax rate that many middle class families pay on their wages.”

Under the proposal, the top 0.3% of US households would pay the same rate on all income, which would contribute to “equalizing the rate paid on investment returns and wages,” according to a White House fact sheet (PDF).

Below, we outline the implications for taxpayers — and how they differ for rich, middle-class and low-income Americans — and where the plan stands politically.

Exactly what is Biden proposing?

It follows the announcement in late March of a separate $2.25 trillion infrastructure package, called the American Jobs Plan. That stimulus plan covers everything from road projects to deploying broadband in rural America and would be financed through corporate tax hikes.

And if you’re keeping track, both plans come on the heels of yet another stimulus package, the $1.9 trillion American Rescue Plan, which Biden signed into law in early March to address the toll of the pandemic. Some aspects of the new families plan extend or expand already established tax cuts in the coronavirus relief package, such as tax credits for children and dependent and child care.

Changing the rules for capital gains

To pay for the American Families Plan, the administration is calling for a 39.6% tax rate on long-term capital gains — roughly double the current rate — for people with incomes of more than $1 million, which would impact about 0.3% of US households. Biden is framing it as a way to reward work instead of rewarding wealth. When combined with an existing Medicare surtax on investment earnings, created by the Affordable Care Act, the federal capital-gains rate would top out at 43.4%.

“This is a pretty large rate change,” said Garrett Watson, senior policy analyst at the Tax Foundation, “and may encourage taxpayers subject to the higher rate to hold onto assets with unrealized gains to not be subject to the tax rate.” About 500,000 households earned over $1 million in 2018, according to Watson.

Your tax questions answered in 3 minutes

In addition to upping the capital gains tax rate, Biden is also proposing eliminating the so-called “step-up in basis” loophole that allows investors to avoid taxes on wealth by holding stocks or other assets until they die. At that point, those assets are transferred to their heirs at the current market value, so there’s no gain — on paper, anyway — to tax. Biden’s plan would allow the first $1 million in gains passed on from each deceased person to remain tax-free. And a couple could pass on $2.5 million in gains to their heirs tax-free.

Biden says the plan’s tax reforms — including stepped-up enforcement efforts — will provide an additional $1.5 trillion in revenue for the government over a decade. But that assumes the passage of both the capital gains tax hike and the elimination of the step-up in basis loophole. Some warn that the former, without the latter, could end up costing the US billions because the wealthy could simply use the loophole more regularly to avoid paying taxes.

Raising taxes on the wealthy

As part of a larger tax reform effort to ensure “the wealthy have to play by the same rules as everyone else,” Biden has proposed increasing the top income tax rate to 39.6% from 37%. That would restore the rate for the top 1% wealthiest Americans to where it was before President Donald Trump’s 2017 tax cuts. It’s worth noting that the top income rate has been much higher at other points in US history — including a wartime high of 94% in 1944 and 1945. It was in the 70% range during much of the 1970s and in the 50% range for most of the 1980s, according to a chart compiled by the Tax Policy Center.

The plan also contains other changes targeting the wealthiest Americans, including closing the “carried interest” loophole that allows hedge fund partners to pay a lower tax rate on some income; ending a tax break that lets real estate investors defer capital gains taxes when they exchange property; and bulking up IRS scrutiny and enforcement on high earners, big corporations and large estates.

What does it mean for the rest of us?

If you earn less than $1 million annually, you aren’t likely to feel the direct impact of these proposed changes. In fact, those earning less than $400,000 may benefit from extensions and expansions of programs such as the child tax credit, earned income tax credit and child and dependent care tax credit.

And there are plenty of non-tax related benefits for most Americans, too. The plan would offer free preschool to all 3- and 4-year-olds and two free years of community college; guarantee that low- and middle-income families would have to spend no more than 7% of their income on child care; and create a federal paid family and medical leave program, among other things.

Child tax credit: How much are you getting?

Does it have a chance politically?

Though Democrats have narrow control of the House and Senate, which gives them power to approve tax increases without Republican support, it will require nearly unanimous support in the party to pass this bill. And there’s already some skepticism about the plan — not just from the GOP, but Democrats, too.

One major concern is that raising rates on capital gains would incentivize investors to hold onto assets. At least, that’s one of the rationales proponents have used to keep the rate so low over the years. An adjacent argument is that low rate encourages investment and helps investors keep pace with inflation.

Sen. Bob Menendez, a Democrat from New Jersey who’s a member of the Senate Finance Committee, said he’s worried about how the capital gains hike could affect “the ability of growth to continue to take place.”

“That’s how I’m judging it,” he said, according to The Wall Street Journal. “Right now it seems like a rather high rate to me.”

Republicans, as expected, are united in opposition to the capital gains changes because of their potential impact on the economy.

According to The Tax Foundation’s Watson, in the end, the capital gains rate may be increased — though not all the way up to 39.6%

“If the rate is raised much above 28 to 30%, the government may start to lose revenue as taxpayers stop realizing gains,” he said.

If the plan makes it through Congress, it remains unclear as to when the proposed tax hikes would go into effect — just one of many unknowns. As such, financial experts are warning that it’s way too early for investors to think about selling assets in response.

Wed May 5 , 2021
This summer, Spark Your Child’s Inner Ninja with our Coding Camps. When school is out, fun and learning are in at Code Ninjas camps! This year, we are DOUBLING our camp offerings* with exciting new technology topics. If your kids are into robotics, coding, or gaming, Code Ninjas is the […] 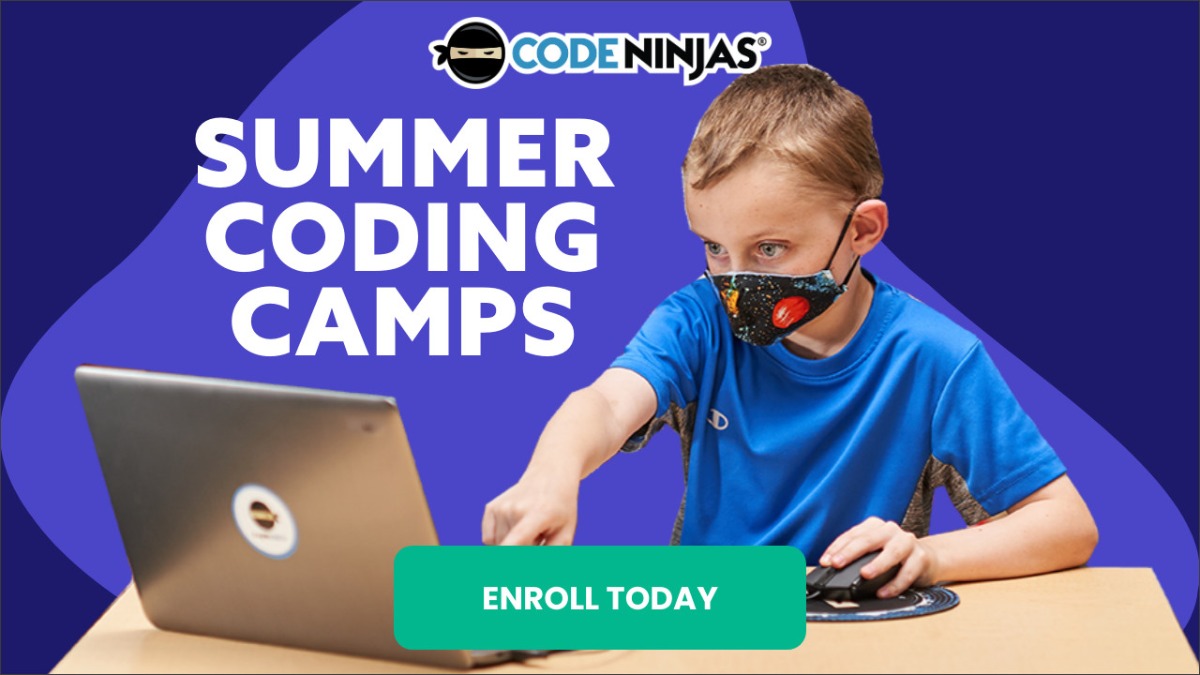