Prior to the release of the M1 Macs, Apple offered developers a $500 Developer Transition Kit (DTK) that included a Mac mini equipped with an A12Z Bionic chip first used in the iPad Pro, 16GB RAM, a 512GB SSD, two USB-C ports, two USB-A ports, and an HDMI 2.0 port.

The DTKs were available on a temporary basis, and earlier this week, Apple said that it would soon begin asking developers to return the Mac minis in exchange for a $200 credit.

Apple has now reversed course and upped the credit, and will now be providing developers with $500 to put toward an ‌M1‌ Mac or any other Apple product. The time limit to spend the credit has also been increased, with Apple giving developers until the end of the year to use it.

We heard your feedback regarding the 200 USD appreciation credit mentioned in our last email. Our intention was to recognize the tremendous effort that you have put into creating amazing universal apps. By partnering with us early, you showed your commitment to our platform and a willingness to be trailblazers.

So instead of the 200 USD credit that expires in May, we are giving you a 500 USD Apple credit and extending the time you can use it to get a new ‌M1‌ Mac through the end of the year. If you already purchased a new ‌M1‌ Mac, the Apple credit gives you the flexibility to purchase any Apple product to help with your app development work.

We’ll share details soon about how to ship the Developer Transition Kit (DTK) back to Apple. Note that the DTK will no longer receive publicly available software updates after macOS Big Sur 11.2. We encourage you to return it as soon as possible so that your development work is not interrupted. And once you return the DTK, you’ll receive your Apple credit.

Apple first sent out Developer Transition Kits at the end of June, so developers were able to use them for seven months. Developers were meant to have a year with the DTK for app development purposes, but other benefits that include a private discussion forum and technical support will continue to be available for the full 12 month period.

As noted in Apple’s emails to developers, the $500 credit can be used toward any Apple product, including ‌M1‌ Macs or other devices.

Sun Feb 7 , 2021
On Friday, Vice President Kamala Harris and U.S. Treasury Secretary Janet Yellen participated in a virtual roundtable with Black business leaders from around the country to discuss how the Biden administration’s Rescue Plan could help Black small business owners recover from the financial devastation they’ve endured since the pandemic began in March. […] 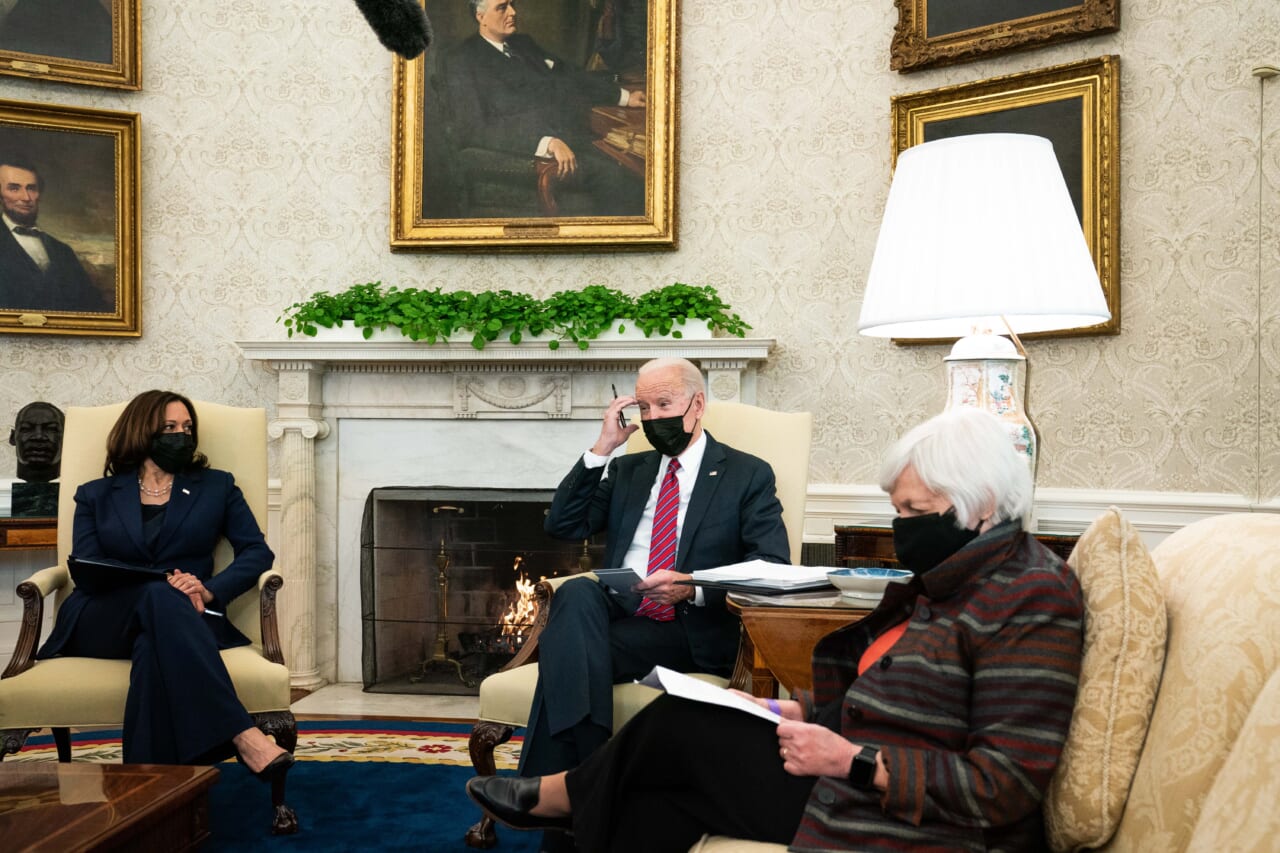