If you’re the federal government agency that has inspired films such as “The Bourne Identity” and “Mission: Impossible,” you don’t want a website that looks as if it wears khakis and a navy sport coat to work. This may explain why the Central Intelligence Agency announced Monday morning that it had traded its old site design (a bureaucratic harmony of blue and beige) in favor of a sleek new look.

Where once there was page after page of cluttered navigation bars and bundles of text, now visitors encounter an all-black background with bold white headlines: “We are the Nation’s First Line of Defense.” The CIA’s official seal depicting an eagle and a shield, generally rendered in red, white, yellow and blue, has been transformed into stark black and white. Cosmic-looking circular glyphs serve as navigational symbols. Scattered throughout the site are images of cerebral-yet-stylish individuals with blue-steel glares — of the sort you might find on the faculty page for SCI-Arc.

Ali Breland, a reporter at Mother Jones, compared the CIA’s design to the stripped-down look of the news site the Intercept. Writer and critic Max Pearl likened it to a poster for Mutek, the international electronic music festival based out of Montreal. Zack Roif, a creative director at brand agency R/GA, wrote, “The CIA just rebranded to look like ‘hungry independent ad agency focused on their culture as much as their work’.”

In fact, the site resembles R/GA’s own website, designed in a combination of white, black and red, and loaded with bold text headlines and overwrought phrases like: “We share a perpetual curiosity, and a belief that the things we make should be helping to bring about a more human future.”

The navigational elements on the CIA’s new site seem to draw from musical history. Peter Saville‘s now-iconic album cover design for Joy Division’s “Unknown Pleasures,” which features a field of delicate pulse waves, certainly comes to mind. It is also redolent of midcentury Japanese graphic design. I’m thinking of the work of Yusaku Kamekura, the 20th-century designer known for giving the 1964 Tokyo Olympics its pop, and for producing bold imagery with the finest lines.

All of this is encased in a style of website design that has grown increasingly common in recent years: a plain field of black or white with big, grabby texts rendered in sans serif fonts. (Looks good on mobile.) The lack of color conveys seriousness and purpose, while also nodding to the sort of reader who keeps books about minimalism on their coffee table.

Bloomberg, Northrup Grumman, SCI-Arc, the Yale School of Architecture and yes, the Intercept, all have sites that have been designed in some version of this look. Now it’s the CIA’s turn.

The CIA isn’t saying who redesigned its site. That didn’t stop artist and graphic designer Ryder Ripps from trying to take credit for it on his Instagram account on Tuesday. (A representative for the CIA says Ripps was not involved.)

It also hasn’t stopped graphic design Twitter from parsing the redesign’s various elements, with dropped references to fonts that are hip with the fashion crowd. Shortly after the new CIA website went live, a user named alex posted the site’s Pantone colors and font. (The font is GT America, in case you’re wondering — because CIA.)

It is worth noting that the design is an upgrade in form, not function. The CIA’s website is now riddled with broken links.

None of this glosses over the site’s purpose: to recruit agents to work at the CIA, which has historically been involved in all matter of unsavory stuff, like interrogating suspects in secret jails on foreign soil (remember extraordinary rendition?) and running interference on the elections of sovereign nations. (One of the site’s countless broken links is to a report published in 2007 about the agency’s involvement in destabilizing the democratically elected government of Salvador Allende in Chile — though you can find a cached version on Google.)

But the redesign — surprisingly elegant and up-to-date for a federal agency — draws attention to the lack of good graphic design elsewhere in government.

The last big federal design reveal was the logo for the United States Space Force in January, which was widely jeered for bearing an uncanny resemblance to the “Star Trek” logo. And some of Space Force’s materials feature typography that veers dangerously into “Battlestar Galactica” territory. It’s design that thinks it’s in a movie, which is perfect for a president who occupies his own reality show (now streaming: the episode about a paranoid coup attempt).

The conversation about the CIA’s redesign highlights all the ways in which graphic design could have been deployed by the government (federal, state and local) during this pandemic — but was not.

We’ve seen the graphics encouraging social distancing, mask-wearing and handwashing. Those are, by now, pro forma — as they should be. The CDC features such graphics on its website and tweets them regularly.

But one of graphic design’s great abilities is taking complicated pieces of information and breaking them down into easy-to-understand combinations of image and text. In that sense, design has been little deployed to convey the nuances of coronavirus infection (what does the virus do once it lands in the bloodstream, for example?) or to communicate what the various quarantine tiers in different communities might mean.

The city of Los Angeles, for example, has developed a needle with four levels: green, yellow, orange and red. (This week, it’s red, with the command “Stay Home.”) There is no explanation of what the orange and yellow tiers might mean. And it is accompanied by the mayor’s wildly befuddling, 15-page-long safer-at-home order.

The needle resides on the city’s special coronavirus website (coronavirus.lacity.org). It is not featured on the city’s homepage (lacity.org) or on its Twitter feed (@LAcity). Graphic design can’t help if nobody sees it.

Not that there haven’t been good examples of coronavirus design. L.A. County’s Department of Public Health recently tweeted a smart graphic that shows how easy it is for the virus to spread through multiple households: All it takes is a single carrier for the disease to migrate from one pod to five. But overall, pandemic design has been wanting.

And much of that lies in the hands of policymakers, not designers. The federal government’s response to the pandemic, followed now by the rollout of the vaccine, has been chaotic and muddled. Likewise the design. As the saying goes: garbage in, garbage out.

Design in the hands of the CIA — and Space Force before it — has been supremely boys-with-toys. Now is the time to better deploy design where it counts: fighting not with imagined invaders, but the deadly virus that is killing us here at home.

Mon Feb 8 , 2021
Laughing all the way to the virtual bank. Photo: Liesa Johannssen-Koppitz/Bloomberg via Getty Images Internet mischief-maker, cryptocurrency enthusiast, and sometime world’s richest man Elon Musk has laid the groundwork for customers to buy one of his cars all in bitcoin soon. Tesla said on Monday morning that it would acquire […] 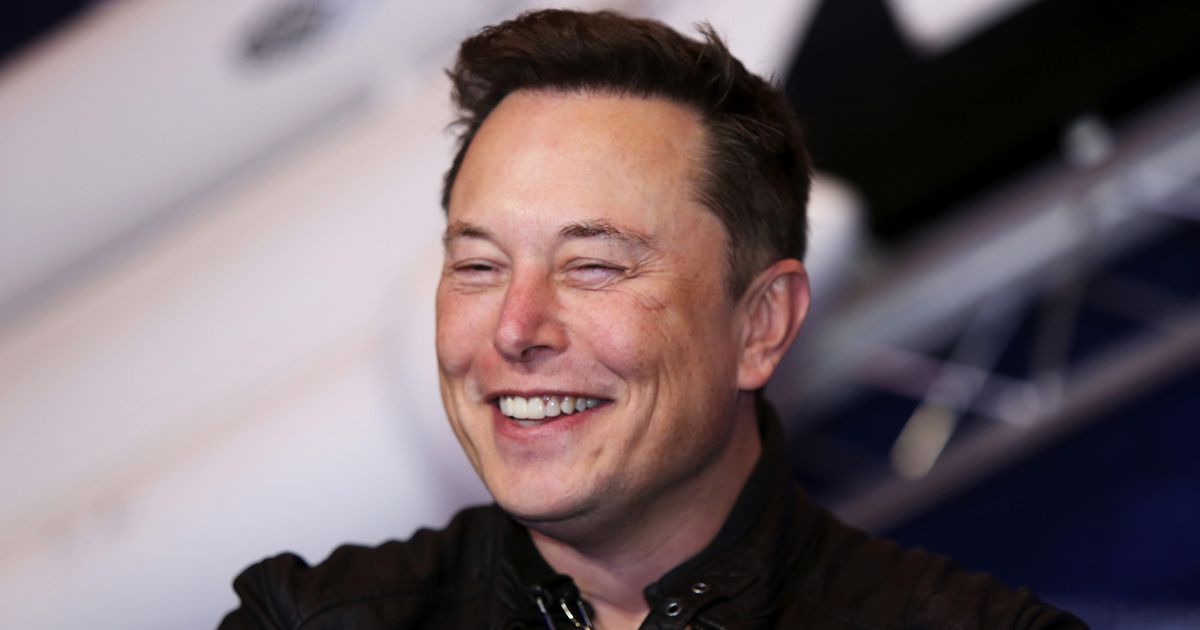